Current Show | Made in Germany

Works from three workshops – works of one generation – works by Heidi Kippenberg (*1941), Barbara Stehr (*1936) and Hans (1935-2021) & Renate (*1937) Heckmann – all of whom have won many awards, representatives of that unadorned, strong ceramics which, along with the dainty in craftsmanship, became typical of studio ceramics in Germany in the 1960s, 70s and 80s of the 20th century – a celebration of ceramic material.

Although of one generation, they come from different schools, hence, early on at least, the imprint of their forms – ceramics is, even more than the eyes, taught in hands.
Heidi Kippenberg came from Walter Popp’s class at the Kunsthochschule Kassel, where she was introduced to undreamt-of freedoms of twisted and mounted forms and glaze painting inspired by Informel. Later she broke away from her teacher’s once provocative aesthetics of vessels and arrived at modelled, constructed, block vessels in relief.
Barbara Stehr came from Jan Bontjes van Beek’s class at the Hamburg University of Applied Sciences, who’s strictly turned, subtly simple vessel ceramics, softly swelling and less sharply structured in silhouette, she adopted. She also developed modelled vessel sculptures, built flattened, organic-edgeless box forms on which opaque layered glazes merge like matt icing, becoming independent as gesturally directed, shaken-dripped painting on wall plates and keraion plates.

Hans and Renate Heckmann came from Hubert Griemert’s handicraft class at the technical school in Höhr and always produced tableware in series in their workshop in Schwäbisch Hall. But on turned one-offs, thickly applied glaze material ran in congealing drops. Renate Heckmann, in particular, went beyond the traditional with her freely and roughly modelled asymmetrical vessels made of heavily fireclayed clay: Ceramic matter is celebrated here in its rawness as if doused with coloured sauces. 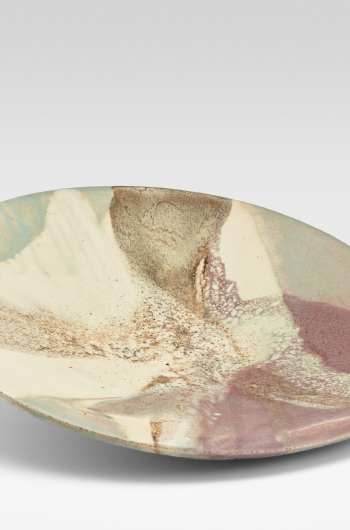 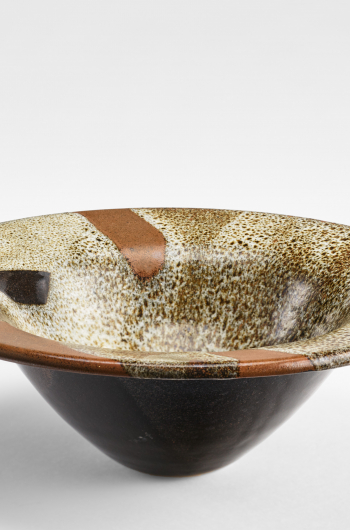 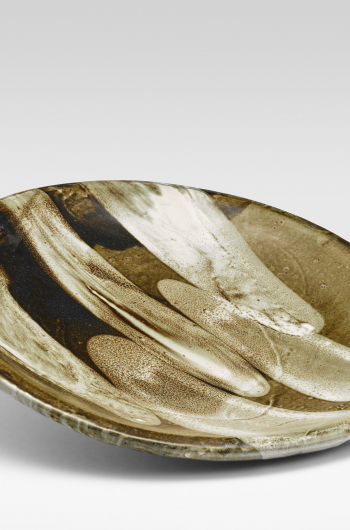 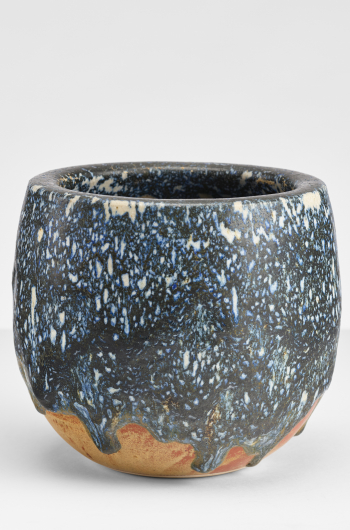 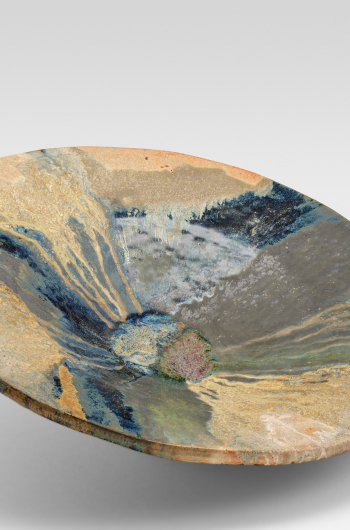 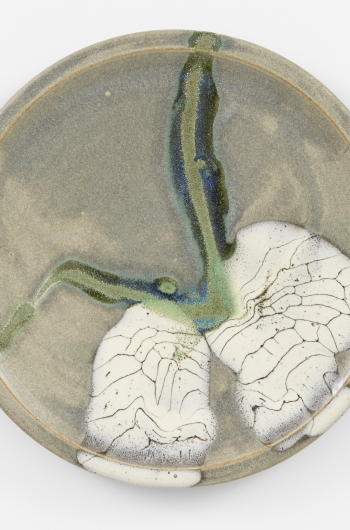 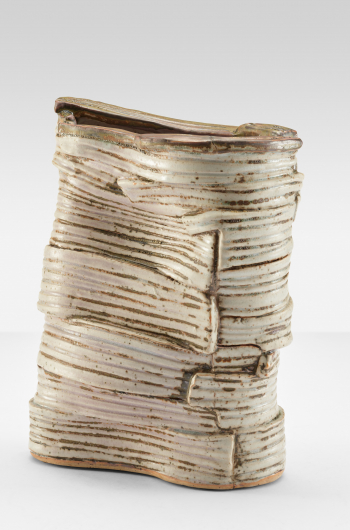 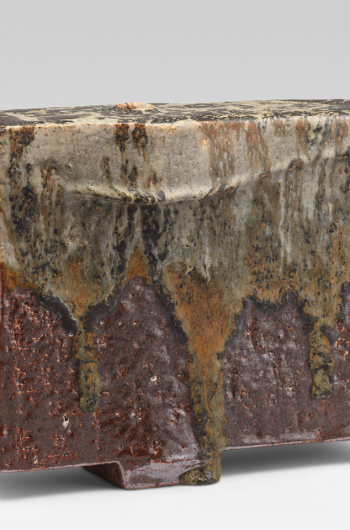 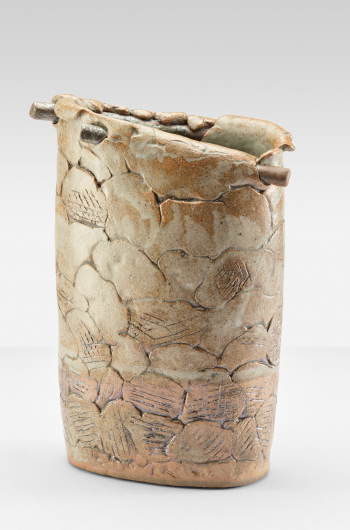 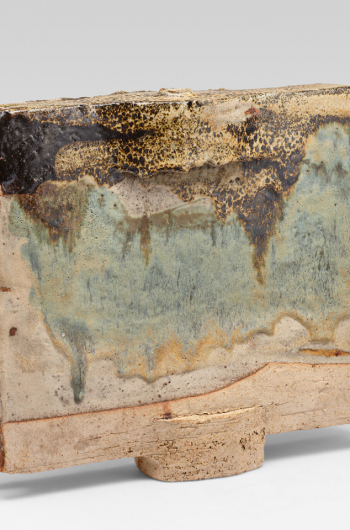 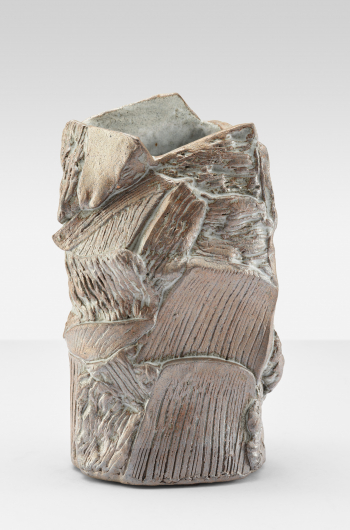 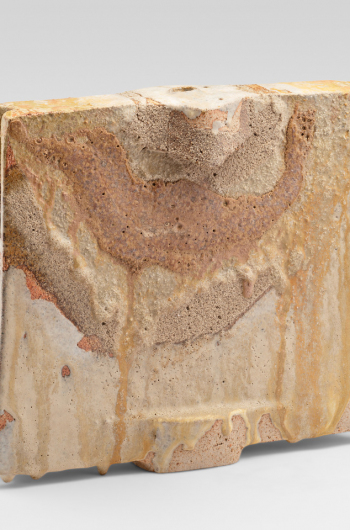